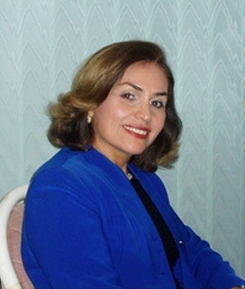 The American Cancer Society is the nationwide community-based voluntary health organization dedicated to eliminating cancer as a major health problem by preventing cancer, saving lives, and diminishing suffering from cancer, through research, education, advocacy, and service.

When Ellie Roozdar applied to be a volunteer for American Cancer Society (ACS) in 1997, she had very specific ideas about the right way to comfort patients – and the wrong way. After all, she had experienced first-hand what happens when a volunteer just doesn't seem to get it.

In 1995, Ellie got breast cancer. During her recovery from surgery in the hospital, she met with a volunteer from ACS. This woman's story was so traumatic, she burst into tears while telling it to Ellie. As she offered the woman a tissue and a shoulder, Ellie thought to herself, "Is this what volunteering is supposed to be like?" In her mind, volunteering should be about hope, not tears.

Ellie was determined to dedicate her time to inspiring and strengthening others with her story. This new focus on helping people gave Ellie the motivation she needed to get back into shape, both physically and emotionally. "That was how I found my power," she says.

Now, when she meets with patients, she uses her own story to help them see how strong they themselves can be. When she first meets with them, they shake her hand hello. When she says goodbye, however, they invariably give her a big hug.

It's the look in their eyes, she explains. That look of fear disappears, replaced by hope and strength. "I want to make sure that when they look at me, they see themselves in 10 years," says Ellie. She helps them see how they can become empowered to take care of themselves and stay healthy, just as she did.

"When you interact with people, you see yourself in them." So Ellie's volunteering has helped her reinforce her own strength, as well.

Ellie recalls one 32-year old woman who had a double mastectomy, and could barely lift her arms at all because so many of her lymph nodes had been removed. This is usually a temporary condition, but incredibly difficult during recovery.

After meeting with Ellie, this woman was able to accept her situation gracefully and gratefully, with an astonishingly positive attitude. She enjoyed joking with her kids about how she was walking like a penguin.

As she worked with more patients through ACS, Ellie began to notice what she calls "a common denominator" between everyone. Over the past decade she has built this awareness into a new volunteer venture called MeditationErfan that helps others discover their own power and strength through meditation. Helping people find inspiration and calm in this way pays Ellie back, she says, in "the way they look at me."

Through her volunteer work with ACS, and now with her new project, Ellie has helped people of all ages and races from all over the world. They come to her for comfort and to discover more about themselves, and they go back to their homes and home countries and pass along their newfound power to others. Ellie uses the analogy of a lit candle, passing the strength of its flame to new people indefinitely.

"That is my mission," says Ellie firmly. "That is beautiful."