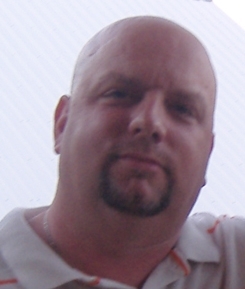 The Salvation Army is one of the world's largest providers of social aid. It is an international movement based in the Protestant Church that aims to meet all human needs without discrimination.

David Depallo regularly helps out at the Salvation Army or at a Police Athletic League he began two years ago. Given his dedication to service and his strong worth ethic, it's hard to believe that he was a former gang member, drug addict and spent eighteen years of his life in prison.

As a result of his experiences with drugs and crime, David's real passion is working with at-risk youth so they will not make the bad decisions he made when he was younger.

"Kids think they have to make the choices that lead to bad consequences, but they don't have to," says David.

David was an at-risk youth himself, growing up in Bridgeport, Conn. in a poor household with an alcoholic, abusive mother and a father involved in the mafia. David spent time in and out of foster care, and much like other youth with his background, he got involved in gangs, drugs and crime at an early age. "The only out for me was on the streets," he says. "I thought the way the gang was teaching me was the right way to live."

At the age of sixteen, David began to sell drugs. Shortly afterwards, he began using drugs himself. "That’s when the nightmare opened up," he says.

The first time he landed in prison was related to drug charges. But he didn't think about quitting, at least the first time. David was repeatedly arrested on charges of drug abuse and burglary.

He didn't finish high school, instead earning his GED while incarcerated. In total, he spent eighteen years in prison. "I was going to beat the system," he says. "But that didn't happen. I learned the hard way over and over again."

He lived a life cycling in and out of prison until the age of 36, when he woke up in a jail cell one day and for the first time, began to seriously re-evaluate his life. "I thought, 'What if I took this and I reversed it?'" he says. "'What if I used my energy to help another human being?'"

David realized that many of his problems had originated from his younger years. He had no adult mentors and no one to help him make the right choices. He decided from that point on to be the role model he never had, preventing at-risk youth from crime and drug addiction.

"If I can give them the information I didn't have at their age, that would make a difference," he says. "Even if one kid listens -- one kid tells another kid, and another and another, and that's important."

After David got out of prison, he worked with Connecticut's Adult and Juvenile Probation Department and got in touch with at-risk youth, using himself as an example to keep teenagers from joining gangs or doing drugs.

David recalls one time he helped a teenager who joined a gang. David gave the teenager his number and told him he could call David any hour, day or night.

The gang members ordered the teen to do something he didn't want to do, and he ended up calling David and asking for advice. David told the teen to come over to his place, and the two of them talked for six hours. "I didn't get any sleep that night," David says.

At the end of the conversation, it was early morning and the teenager decided he needed to turn his life around. He left the gang. He and David have kept in touch ever since.

Along with handling a full time job, David is currently studying to become a drug counselor for youth. "The youth are our future," he says. "That's where everything starts."

At-risk and drug addicted youth are one of the most underserved demographics in the nation. A 2011 study conducted by The National Center on Addiction and Substance Abuse at Columbia University paints a dire picture around youth and drug abuse. 90% of drug addicts began their drug use before the age of 18.

Last year, only 6.4% of the 1.6 million high school students with substance abuse disorders were treated, and even then, a majority of the medical care was substandard. In the light of these statistics, David's own resilience and dedication to working with at-risk youth is something to admire.

"I want to stay with the youth because that's where I belong," he says. "I was a kid once. I didn't have the help or the organizations that are around today. I wish I had had something like this when I was younger."

David now resides in Naugatuck, Conn., and has been five years drug and crime free. He has been with his wife for 21 years, and his four children haven't had any problems with drugs or crime and have all gone to college. He has written a book about his life, which he hopes to get published.

Despite his full workload, he still stops by the Salvation Army, an organization that helped him get back on his feet when he was released from prison. "The Salvation Army saved my life," says David. "They gave me a bed when no one else did. That’s why I volunteer there."

David's advice when serving at-risk youth? "Be willing to take the time. You need to be able to go above and beyond," he says. "And just talk. There's magic in just talking to people."