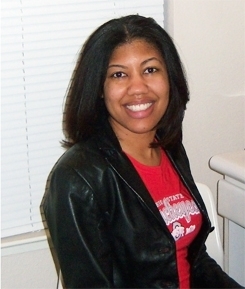 Founded in 1933, the IRC is a global leader in emergency relief, rehabilitation, protection of human rights, post-conflict development, resettlement services and advocacy for those uprooted or affected by violent conflict and oppression.

The organization is on the ground in more than 40 countries, providing emergency relief, relocating refugees, and rebuilding lives in the wake of disaster.  Through 22 regional offices in cities across the United States, the IRC helps refugees resettle in the U.S. and become self-sufficient.

A fast food restaurant on a sunny afternoon in Sacramento is an unlikely spot for cultural exchange, yet for Taryn Adams and her Bhutanese visitors, it was a moment of real connection.

Her passengers, Ganga and Bhima, had recently arrived in the United States from a refugee camp in Nepal. On this afternoon, Taryn was taking the siblings to the mall to fill out job applications.

Flummoxed by the figure in a Jack in the Box sign, the two turned Taryn for answers.

It took some time, but eventually Taryn was able to help her two visitors understand that the strange character was a jack. In a box. The kind that jumps out of a box. It was a toy.

The secret, as Taryn recalls, was all in the wrists.

"I used my hands to demonstrate," she says, and she made motions to illustrate what a jack in the box is. Ganga was the first to get it. Laughing, he nodded his head and said, "Oh, I know what that is!"

Recalling that day, Taryn marvels at the language of non-verbal communication and how much can be shared with just a few gestures.

Taryn met Ganga and Bhima through a program of the International Rescue Committee, or IRC. On the ground in 42 countries, IRC provides support and relief to people and countries affected by violence. Among other roles, IRC volunteers work closely with staff members to tutor refugees in basic English skills, help refugees write resumes and prepare for job interviews, and contact potential employers on behalf of refugees. The organization uses VolunteerMatch as part of its recruitment strategy for local chapters in San Diego, Tucson, Seattle, Boise, and elsewhere.

Ganga and Bhima were just two of more than 100,000 Bhutanese refugees who have been in camps in Nepal for more than decade fleeting ethnic persecution in their home. Beginning in 2008, many, like Ganga and Bhima, have been resettled to the U.S.

Taryn came across the listing for International Rescue Committee after being laid off from her job as an assistant manager for a department store. Growing up, she frequently accompanied her parents on their various volunteer outings, so she was already familiar with some of the benefits of service. Now she needed something to keep her mind fresh.

"My parents just believe in giving back," she says. "And I'm not the type of person to sit at home just emailing out resumes."

After seeing the listing for IRC volunteers at VolunteerMatch.org, Taryn immediately signed up for an orientation. There, she learned about the impact the organization was having within both the local and global community and she was convinced she'd made the right choice.

She was matched up with the two siblings, both of whom needed help finding jobs in the Sacramento area.

"In the beginning, we would go to local employers and fill out applications," recalls Taryn. But with a recession on, after some time, and with no luck, she had to get creative. They expanded the search online and eventually the effort paid off: Ganga and Bhima both found a full-time jobs.

The search also helped Taryn get strategic about her own hunt for employment. Through her search, she was able to find a job at another department store in the area which she'll start soon.

Sadly, with the new change to her schedule, Taryn doesn't think she'll be able to spend as much time volunteering.

"I need to focus on my career," she says. "But I'm fortunate to have had the opportunity to spend so much time with Ganga and Bhima."

Recalling the jack in the box experience, she knows the memories will stick around for both herself and her guests. "These siblings have made a difference in their own lives," she says. "With a little help from a volunteer."