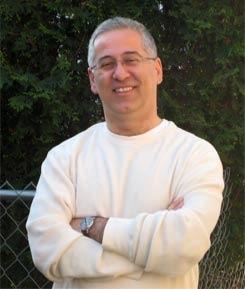 RandomKindActs.com
Organization profile
RandomKindActs.com is dedicated to the many people around the world who, intentionally or otherwise, make a difference in the lives of others with a simple act of kindness. It can be a small gesture in their eyes, but it may loom large in the eyes of the recipient. Its founders hope that those doing the kind acts and those on the receiving end will take time to share their stories, and that these stories can help motivate and inspire others to acts of kindness.

Have you heard the one about the stranger who paid the toll for the car behind her? How about the guy who randomly fed quarters into expired parking meters? Rather than urban legends, such stories are actually part of an emerging trend in volunteering – one that Joe Alcodray wants to help propel with his new Web site, RandomKindActs.com.

Launched in 2007, the site is the Dearborn, Mich., marketing executive’s way of encouraging visitors to make today great for other people.

“It’s a prompt to inspire someone to do a random kind act as they go about their day,” he said.

In a place and time where traditional bonds of community are being replaced by connections that are less well-defined, Alcodray is one of a growing number of Americans who are taking it upon themselves to give back without the affiliation of a nonprofit organization.

Volunteering, like so many things in our society today, is changing, and Alcodray’s dream was to create a Web resource to help facilitate this trend.

“I believe that all people regardless of where we live, the color of our skin, our ethnic or religious background, have an innate ability to do something good for someone else,” he said. “Our desire to help others doesn’t always come out – sometimes we need others to prompt or inspire us.”

Alcodray’s own experience with volunteer service began at a VA hospital while he was in high school in Detroit. He says he has volunteered in “one form or another” ever since.

RandomKindActs.com was inspired in part by the concept of “paying it forward,” the principle whereby an individual pays a debt off by providing a gift or kind gesture to a stranger, and so on.

According to Alcodray, given enough practice (and guidance) paying it forward can become something almost anyone can do without even thinking, and his site is an attempt to provide a resource for this practice.

“I tried to figure out a way to do something meaningful with the limited resources that I had,” he explained.

A husband and father of four, Alcodray and his family are Muslim. He believes it’s incumbent upon him to raise good, caring children – which is one of the reasons he gives so much time to school activities and helps out whenever he can.

“I am happy to say that my greatest interest is in my family, the health and well-being of my children in particular. It may sound corny but I’m okay with corny,” he said.

Speaking of family, one of Alcodray’s inspirations has been his sister-in-law, Najah Bazzy, a nurse and lecturer on Muslim-American issues who has been the subject of a PBS documentary. One of her social projects is Plots for Tots, a nonprofit that helps bury babies who are stillborn or die at birth in the Arab and Muslim community.

Bazzy also helps refugee women get counseling for domestic abuse and holds clothing drives that help many Iraqi refugees that have settled in Detroit.

“Najah is the most amazing, caring person I know,” explained Alcodray.

Among his own goals is partnering with organizations that are “making a difference in how people treat one another in his community and around the world.” VolunteerMatch is a great example, he says.

Now that Alcodray has launched his own volunteer project successfully, does he have any advice for other people who want to find a similar way to give back in their own special way?

“Start in your own community,” he said. There will always be someone in need right in your own backyard. Call a mosque, church or synagogue and offer to help out in anything they might be doing, even for just an hour a week.

”Start local, start small and get involved!” he said.

How about you? Do you have any good ideas to inspire people to volunteer or practice random kind acts? Do you believe that the little acts of kindness and respect from others helps make a better day? Go to VolunteerMatch and learn the art of random kind acts by paying it forward today!