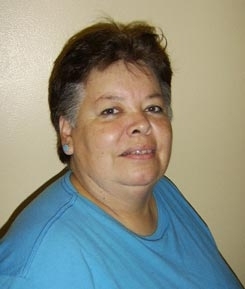 The American Indian Center in Chicago promotes the fellowship among Indian people, creates bonds of understanding and communication between Indians and non-Indians, and advances the general welfare of American Indians in the Chicago metropolitan community through wellness, education, and arts programs and services.

Check out The American Indian Center on VolunteerMatch!

It was 1953, the year of the hydrogen bomb, and thanks to the Indian Relocation Act, millions of Native Americans were beginning yet another migration.

For most of them, their final destination would be an unknown place with a foreign language. But this time the travelers weren’t headed to a far-off reservation – they were headed to America’s biggest cities.

Karen Tourney was one of them, and like other Native American youth of the time, it would be decades before she would re-establish the communal ties she lost during the era of failed federal resettlement policy.

Tourney was only five years old when she and her family – members of the Oneida nation – were lured to Chicago for government job training, education and housing assistance.

In return, however, the families were asked to pay a huge price: to make their residences in the cities permanent.

The program worked. But tens of thousands of Native Americans like Tourney found themselves living in an unfamiliar city without much help.

By her early twenties, looking to foster her own ties with fellow Native Americans, Tourney began to seek out the help of the American Indian Center of Chicago (AIC). She came for the pow wows and the community dinners, and used some of the services provided to the Native American community such as the food pantry, household goods giveaways and the referral services to agencies and other useful programs.

Thirty years later, Tourney is back at the AIC – this time as a volunteer.

“When your family helps you when you are in need, you want to help them out when they are in need, too,” she said.

The AIC was founded in 1953, the same year as the Act. Through programs like its Health and Wellness Center, which provides free use of exercise equipment, a Senior Program that addresses the needs of community elders, and a medicinal garden cultivating traditional herbs, the AIC takes a proactive stand against the physical and mental health challenges in today’s urban Indian communities. Other AIC programs include landscaped trails and a garden setting open to community members and other residents of uptown Chicago.

At the AIC, Tourney helps coordinate the monthly flea market and the center’s bingo games. In addition, for the last five years she has also helped out with an elders meal program.

If you ask Karen about what she enjoys most about volunteering, her modest and generous nature comes through.

“It gives me a feeling of self worth, and I like being around people,” she said.  “I was helped a lot by this community and I want to give to others the help that I have received.”

Like the AIC itself, Tourney infuses her volunteer work with the same proactive spirit.  “I don’t wait for someone to tell me what to do,” she said. “If I see something that needs to be done, I do it.”

You can be a celebrity volunteer, too, when you devote yourself to a cause you care about. Find a new opportunity today at VolunteerMatch.