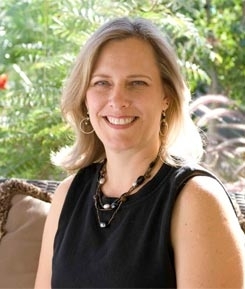 EF Foundation for Foreign Study connects talented, enthusiastic high school students from around the world with caring families across the country. Together, the organization builds bonds of friendship and trust that have the power to change the world. Since 1979, EF's team of dedicated volunteer families, local coordinators, and staff has helped over 100,000 students from nearly 40 countries participate in international exchange programs.

Check out EF Foundation for Foreign Study opportunities at VolunteerMatch.

There are good stories to be found in nearly every volunteer experience, but Laurie Scott is positive that hosting a foreign exchange student produces some of the greatest.

As a longtime volunteer host family with EF Foundation for Foreign Study, a national agency that helps international students connect with warm and caring residences during their time in the United States, Scott sees first-hand both the humor and the very deeply meaningful outcomes of international exchange.

Scott remembers Christine, for example, a student from Norway. Ordering at a restaurant one day, a worker asked Christine if she wanted a soup or salad.

The girl turned to Scott with concern: "But I just ordered a big meal. Why would I want a super salad too?"

Trying not to laugh too hard, Scott explained that what he had asked was if she wanted "soup or salad."

But while the fish-out-of-water/stranger-in-a-strange-land scenarios that EF Foundation creates are certainly ripe with hilarious potential, many of the organization’s committed host families say there's a much deeper reason they open their doors to young students from afar – it makes the world a better place.

Scott, who in Las Vegas, Nev., is one of them. She and her husband initially volunteered to be an EF Foundation host family in August 2003. They had just moved to Las Vegas, she recalls, and she was looking for a way to get connected and involved in the community. Soon she took on a role as an exchange coordinator for EF charged with looking for new host families. A year later, Scott was promoted to a regional coordinator position where she has had the pleasure of building a fun and dynamic team.

Today she travels all over the world on EF business or else to visit former students her family has hosted. In fact, this summer Scott will have the honor of going to the Olympics in Beijing – selected by EF Foundation for her efforts to improve foreign exchange.

"In the beginning it was a great opportunity to get involved in a new community that we had just moved to," said Scott. "But later the concept of helping bring about world peace through understanding is what keeps me involved. Through EF I have found the best part of my community in our great families and have been able to share that positive side of the US with our students."

With offices around the world, EF Foundation for Foreign Study has helped over 100,000 students from nearly 40 countries participate in international exchange programs since 1979. With a tradition of superb coordination and unparalleled support, the organization has become the largest facilitator of high school year programs for exchange students coming into the United States.

The organization offers families of all kinds – with or without children – the opportunity to share in creating meaningful relations and expanding cross-cultural understanding with international students.  The program is based on the premise that the most memorable learning experiences of all are the little things: family dinners, weekend outings, even nights around the television.

For Scott, the commitment to EF Foundation also reflects her own upbringing.

"My mom always taught us to be open and understanding, to love everyone and give of yourself," she said. "Growing up in my parents' home, volunteering was just part of normal life - we did it at church, school, and home. It is one of the most valuable lessons my parents taught me and it is what gives me some of my fondest joys today."

Time and again, Scott said, her commitment to service has opened hearts and minds. In fact, she says, one of amazing experiences she and her husband had came from teaching one of their hosted students, a young man from Germany named Jens, about how Americans volunteer. In Germany, where young people are required to spend a year in military or national service, volunteer service is unusual.

Jens was so taken with the concept to give that he joined the EF Volunteer Corp to help facilitate exchanges, and became very involved with local schools, churches, and even the Democratic Party. This led to Jens organizing a letter writing campaign to U.S. troops, and eventually meeting with Senator Hillary Clinton and Las Vegas Mayor Oscar Goodman, who presented Jens with the keys to the city.

"I am so proud of Jens and our team of volunteer host families and coordinators that were able to share this wonderful life lesson with him," recalled Scott.

As with all stories that come out of international exchange, there’s a lesson in this particular one. Opening our hearts, and opening our homes, is something we can all do. Find a great opportunity today!