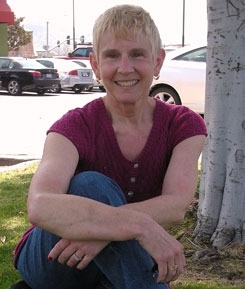 Voices for Children
Organization profile
Voices for Children endeavors to ensure that abused, neglected and abandoned children who have become dependents of the San Diego County Court will have a safe and permanent home. Through its network of trained and educated volunteer Court Appointed Special Advocates (CASAs), Voices for Children works with key agencies, legal counsel and community resources to identify and protect the best interests of each child inside and outside of court.

Check out Voices for Children opportunities at VolunteerMatch.

As a teacher of 18 years who happened to also practice law early in her career, Kate So certainly has the background to be a Voices for Children volunteer. But what makes her perfect for the role is something you probably won’t find on her resume.

The retiree brings a sense of empathy, openness and even wonder to her advocacy work on behalf of San Diego foster children. As much as they depend on her to help guide them through the court system, she depends on them to keep her grounded and in touch with what’s really important in life.

Said So, "I joke that children are my 'gyroscope' in that they keep my world in perspective.  Small things can make such a huge difference in their lives!"

So knows about small things making a difference. A lifetime ago, she was set on a career path as a lawyer, resigned to a life of childlessness after being told by doctors she couldn’t have any. When she found out she was pregnant, she said, it was a "miracle baby."

As he grew, So realized how much she enjoyed being with children. Recognizing how filled with potential they are, So decided to return to school for education certification and a teaching credential – with the presumption that she’d left law and courts behind her.

Fast-forward to three years ago when So first learned about Voices for Children through the bulletin at the church where she has been a longtime volunteer. "I thought that my legal background combined with my teaching credential might be helpful. As soon as I learned more," she said, "I knew I had found my calling."

As a volunteer with Voices for Children, an affiliate of Court Appointed Special Advocate (CASA), So does not act as an attorney but keeps the judge informed about the children’s unique needs as they wind their ways through the court system.

Founded in Seattle in 1979, the CASA system got a boost through provisions in the 1990 Victims of Child Abuse Act and today its 59,000 advocates are appointed by judges who depend on the volunteers for information.

In addition to the judges she works with in court, So has the ear of another judicial authority in San Diego – her husband, Kenneth, the presiding judge for the San Diego County Court, the third largest judicial district in the country. The two met when they were both prosecutors and both have seen firsthand how early intervention can make a tremendous difference in the life of a child.

"I needle him about the amount of money spent on the criminal justice system," she says with a laugh. "If we had a small portion of that at the 'beginning' of the system, he would be out of a job! Of course, that isn’t true."

Within the 25 hours of volunteering she does each month, the most rewarding are the ones So spends working on behalf of the children.

"I have a ton of fun with my two children," she said. "My 10-year old girl and I hit the mall, get our nails done, or go to the movies. The 13-year old boy is a bit more of a challenge but I found his favorite activity is to go to the swap meet.  He doesn’t know that he is learning math, social skills, and other life skills when I give him a 'budget' of a few dollars and then let him spend it."

"It really is a lot of fun watching all the children light up when they accomplish something," she said. "When a choice is made that is positive, and the child takes responsibility and pride in what they have accomplished, I feel the setbacks that are inevitable have been worth it."

Looking for opportunities to volunteer with kids? Search VolunteerMatch today.