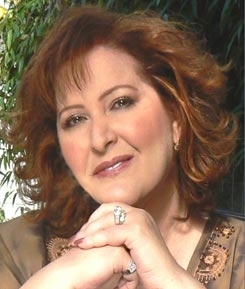 Check out MSAA on VolunteerMatch!

Producing a charity CD, putting together star-studded galas, getting great PR for an important cause, and raising millions of dollars -- by any measure, Jilladair Carlson is a remarkable volunteer.

And while not everyone can give at the same level (or with the same level of glitz), Carlson's dedication to helping MS victims is a model for anyone interested in making the world a better place. It's not always easy -- everyone falls, after all -- but the end result is worth every minute of it.

In Carlson's case, volunteering led to Everybody Falls, the CD she released earlier this year with singer-songwriter Erik Kjelland.

The story of Everybody Falls began twenty-seven years ago. Around the same time Jilladair Carlson's music career began to take off, her personal life stumbled when she was diagnosed with MS. Despite the disability, Carlson pressed ahead with her dream of a musical career. An accomplished instrumentalist in violin, viola, piano and guitar, she taught students who were switching majors at the Berklee College of Music in Boston. In 1990 she moved to Toronto, where she eventually worked with CIRPA (the Canadian Independent Record Producers Association) and did TV spots.

The success nearly did her in.

By 1995, Carlson was in a wheelchair. The years of heavy traveling to both coasts and back had taken a toll. She didn't think she could go on.

Despairing, Carlson began a radical chemotherapy treatment for her MS. Fortunately it helped, and after 18 months of therapy she was able to walk again.

A long-time volunteer for various causes, Carlson discovered the Multiple Sclerosis Association of America (MSAA) at VolunteerMatch.org, and created Everybody Falls as a vehicle to raise awareness about the disease and money to help.

In addition to producing, arranging and writing many of the songs on the album, Carlson and MSAA's Malcolm Friend helped produce a celebrity gala in New York City in March. George Clooney, Mary Tyler Moore and Morgan Freeman were just a few of the entertainment heavyweights taking part.

"MSAA gives people solutions," she said. "I love the fact that all a person has to do is get a written diagnosis from their doctor and MSAA will ship out an electric scooter -- for free. It gives people freedom when their body fails them. These kinds of solutions are imperative for people with MS."

"We are all stars, and everybody falls sometimes," she said, quoting from a song she wrote for the album. "It's how you stand up and get there that makes you stronger and brighter!"

Sadly, Carlson's breakthrough was only a reprieve. Her interferon treatments have been particularly rough, and coupled with the stress and heavy activity of the album launch, she's now back in bed half the day.

It was a turn of events that had Carlson taking a characteristically positive view.

"How amazing to be sitting here in my bed feeling so ill and yet knowing I was hopefully helping so many people who felt the very same way," she said. "We need to stand tall to Multiple Sclerosis and not lose ourselves in the diagnosis.

Everybody Falls is now on sale at Amazon.com.

How about you? We're certain you'll find an opportunity to give back that matters to you at VolunteerMatch. Log in today!