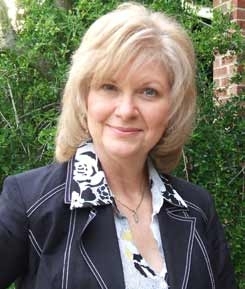 Common Ground Relief
Organization profile
Common Ground's mission is to provide short term relief for victims of hurricane disasters in the Gulf Coast region, and long-term support in rebuilding the communities affected in the New Orleans area. It is a community-initiated volunteer organization offering assistance, mutual aid and support. The work gives hope to communities by working with them, providing for their immediate needs and emphasizing people working together to rebuild their lives in sustainable ways.

In January 2007, Jeannie Whyte received an email about “Operation Transformation,” an event scheduled to take place during Mardi Gras weekend in the Lower 9th Ward of New Orleans.

The event was in conjunction with Common Ground Relief, an agency doing work on the ground, and Whyte desperately wanted to take part. The Lower 9th is one of the hardest hit areas in New Orleans, and one of most economically challenged even before the storm.

The only problem was that all the projects listed were for clean-up, rebuilding and re-distribution – not exactly Whyte’s areas of strength. But eventually more emails about the event reached her, and she started to notice a pattern.

“They all had one powerful common denominator,” recalled the Raleigh, N.C. resident. “They talked about restoring hope to those who were still living through the nightmare of Hurricane Katrina.”

And that was a topic she did know something about.

As the Executive Director of the Lindwall Foundation, Jeannie Whyte was a trained instructor and booster of Lindwall Releasing and Matrix Energies, two relaxation techniques developed to help participants channel their drive to achieve a better life.

Whyte’s workshops focus on how to reduce stress and eliminate the negative and limited beliefs from feeling disempowered or unable to improve relationships or self-destructive habits.

Whyte volunteered to present a workshop titled “Create the Life Your Desire” – based on the techniques she knew about. Event organizers were thrilled.

“The situation on the ground in New Orleans in the affected areas is so dire,” explained Marina Drummer of the Community Futures Collective, Common Ground’s fiscal sponsor.  “Residents have no medical care, no education, no housing, and no hope – never mind counseling or mental health services. When people like Jeannie come down to New Orleans and make a point of listening to the residents, giving them a space where they can talk about the cataclysm's that have befallen them, it’s a gift.”

As Whyte recalled, that first session was the hardest. Lindwall Releasing workshops typically last several days; here she had just two hours to make her presentation. Fortunately she persisted, and the event was a success with both residents and volunteers taking part.

Whyte’s experience over Mardi Gras was a dramatic eye-opener about just how untenable the mental health situation in the Big Easy really is. After Hurricane Katrina, the New Orleans suicide rate nearly tripled, and today experts believe New Orleans is experiencing an epidemic of depression and post-traumatic stress.

“It was a constant struggle to find the barest of necessities,” she said. “I felt stress on every level.”

Whyte made two more trips last year – in August and again in November. This time she worked with the New Orleans Women’s Shelter, providing week-long workshops with one-on-one sessions for volunteers and residents at no cost.

One surprising finding was that many residents didn’t have much to say about the hurricane itself. Instead, she said, a common thread has been childhood and other family traumas. Much of these events had been blocked from their memories.

“The human spirit will often do this as a survival mechanism,” she said.

Whyte worked with her audience to teach them how to address and then release their wounds. It’s work that can’t by itself repair levees or rebuild houses. But it can help rebuild the human spirit – which is something we are all capable of helping with.

If you’d like to find out where your own unique can skills and background are needed, VolunteerMatch can get you started. With over 55,000 nonprofits using the service, there’s a great cause here for everyone. Get going today!