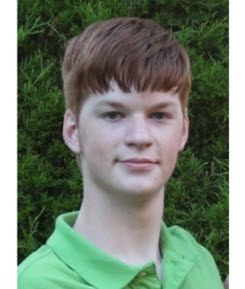 All-Around Volunteer
Organization profile
Noah has volunteered more as a kid than most people do in their lifetimes.

Noah first experienced volunteering at the age of 7, when he helped with the soccer program at his summer camp. “I realized I could make a difference, even as a kid,” says Noah. Within a few years, he began coaching preschool soccer.

He’s also served as an ambassador at his church, where he would sit with visiting kids so they wouldn’t be alone. He’s assisted kids with their art projects at summer camp. He’s been part of a group that beautified schools and parks with painting and landscaping. The most impressive part? He did all this before he even turned 14. And by that time, he was already hooked.

When asked his favorite part of volunteering, Noah responds, “I love the smiles, hugs and thank yous.”

Since age 14, Noah has taken on a magnitude of other volunteer projects. A VolunteerMatch search connected him with a literacy tutoring program, as well as an opportunity to help out at InnerAct Alliance’s annual race.

When Noah Sees a Need, He Fills It

At his church campus, Noah noticed families with small children crossing a busy street to get from building to building. What did Noah do? He volunteered to help control traffic, donating an hour of his time every week.

He also noticed that his local YMCA could use some extra help, so of course, he offered. For about 2 hours every week, he greeted customers, cleaned equipment, washed windows, and more.

Next, Noah learned about kids who need meals on weekends when they don’t have access to school lunches. So, he joined a group that spent one Saturday afternoon each month delivering hugs and hot suppers to both kids and their caretakers. He also got to hand out toys and dog treats, and listen to stories from senior citizens. “When I found out that I could actually do it every Saturday,” says Noah, “It became a commitment I looked forward to each week.”

“I love to hear the stories from senior citizens who have lived so much and still have so much to give,” says Noah. “After I hand someone a hot meal, I float back to my car. How could anyone not love this?”

When Noah moved to a new town, he was concerned that he may not know where to serve. He reached out to his guidance counselor, who recommended the SPCA. “I had to wait until I was 16 and completed several training classes,” says Noah, “So I used VolunteerMatch to find other projects I could do in the meantime.”

Now, he has volunteers at SPCA every week, and has been for the past year. He cleans cages, walks and comforts dogs, and supervises visits for people who want to adopt a canine companion.

Also during the past year, Noah has helped people with intellectual disabilities create art projects, tutored elementary students in reading with Teen Trendsetters, and most recently, began helping senior citizens with VISTE.

“We serve hot meals, stock groceries for those who can pick them up, and deliver them to those who cannot,” explains Noah. “We bring along food for the dogs of people who receive these deliveries so their canines get nutritious meals too. We deliver birthday cakes to everyone over age 89 during their birth month, and provide transportation to get groceries or attend medical appointments.”

Plans for the Future

Noah’s passion for volunteering doesn’t look like it’s ending any time soon. He’s currently working on a promotional video for VISTE. Why? “So more people will know about it and want to support it,” says Noah.

Noah also has hopes to sponsor an anti-bullying campaign through his school’s chapter of National Honor Society.

“It is so rewarding to know that I made a difference in someone's life,” says Noah. “The little bit of time that I took to do something meant making deposits in the lives of many others who may have had no one reach out to them that day.”