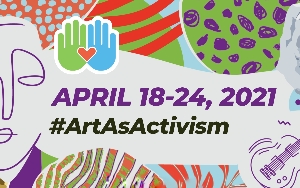 The Wichita Area Sexual Assault Center has two areas of purpose. The first is to provide support, information and referral to people victimized by sexual assault and child sexual abuse, their families and friends, as well as anyone who has a concern ... Read more

Here's a sample of our volunteer opportunities:

The Wichita Area Sexual Assault Center has two areas of purpose. The first is to provide support, information and referral to people victimized by sexual assault and child sexual abuse, their families and friends, as well as anyone who has a concern in that area. The second area is to promote an awareness of sexual assault in the community in an effort to foster sensitivity to people who have been victimized and promote awareness/prevention by offering training and consultation to other area professionals.

History of WASAC
The Wichita Area Sexual Assault Center, Inc., was organized in 1974 under the name Wichita Area Rape Center, by a group of ten women concerned about the lack of understanding given to victims of sexual assault. In 1977, the agency was awarded a three-year Law Enforcement Assistance Administration Grant (LEAA) provided by the Governor's Committee on Criminal Administration and administered by the City of Wichita. In 1980, the Center became a Member Agency of the United Way of the Plains. The Center at that time received the majority of its operating budget from United Way. Other sources of revenue included program service donations, contributions, special events, and grants.

The growth of the center, and the inability to obtain more space at the North Mental Health Center, forced the agency to move to 215 North St. Francis, Suite #1, Wichita, Kansas. In November of 1996, the agency leased space at the USD 259 Building, 201 North Water, 5th Floor, Wichita, KS. 67202. During 1999, USD 259 determined a need for the space leased by the Center. In December 1999, the Wichita Area Sexual Assault Center moved to the current location at 355 N. Waco, Suite 100, Wichita, Kansas.

by Leila S. from KS (September 23, 2009)
At a very young age I myself was sexually assaulted. I finally realized that it was not my fault. I understand now that I can live my life without fear. I kept that secret bottled up until I got the courage to speak out.When I finally told my mother she was there for me and that is how I got threw it. Some women have no one to turn to when something like this happens. See someone who is brave and strong is inspiring.
Flag as Inappropriate