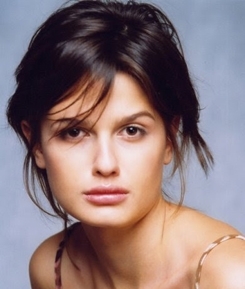 Thursday's Child offers assistance to all endangered children and teens. The organization's hotline for endangered youth is the only live-answered hotline for children in the U.S., available 24-hours a day, without answering services or answering machines.

A Solution for Endangered Children

For the first time in three years, a 16-year-old girl saw her mother. After running away from her mom's boyfriend who had been molesting her, being forced into prostitution on the streets of New Orleans, and becoming pregnant against her will, she was able to go home safely, thanks to the work of an organization called Thursday's Child.

When Thursday's Child originally started in 1982, it focused strictly on providing services for runaways. At that time, there were a large number of children prostituting on the streets of Hollywood, California. The charity's founder, Don Austen, saw his organization as a way to give these kids another solution to their problems.

Eventually, the focus of the organization broadened, and now Thursday's Child seeks to help all endangered children: missing, abused, those with eating disorders or who have self-injury issues or are suicidal, children who are bullied, exploited, trafficked, involved with drugs or alcohol, and more.

The services provided by Thursday's Child are unique. It has the only listing for suicide with a toll-free directory that guarantees a response from a real person, as opposed to a recorded message promising help later. "We do not deal with suicide calls as others hotlines do," says Thursday's Child founder and Chairman, Don Austen. "We believe that no one really wants to die. They have a problem and are looking for a solution; someone to fix things. We try and find solutions."

Additionally, Thursday's Child has the only helpline for bullying in the United States. President and Michelle Obama have both highlighted bullying as a key issue for today's youth, and Thursday's Child takes a proactive approach to solving this problem. They will call the schools and get them to enforce a zero tolerance policy for bullying, helping to turn a bad environment into a place where children who have been bullied can again feel safe and comfortable.

Using its unique approach, Thursday's Child helps nearly 25,000 children each year. These endangered kids represent a diverse spectrum: from rich to poor, from black to white; male, female, straight, gay, in control, and at wits' end. Because in the end, they all need help.

When a 5-year-old boy was kidnapped to the United States from his home in Sweden, Thursday's Child worked with law enforcement in San Francisco to find and recover him in 10 days. Mr. Austen tells the story of Hannah, a 15-year-old girl the organization recovered from Florida. He personally flew her back to her waiting family. Since its launch, Thursday's Child has helped close to half a million children.

The organization has been completely volunteer-run since it began, and it often has difficulty finding volunteers that can stay with the nonprofit for the long haul. It takes a very special person to do this kind of work. However, Thursday's Child has all sorts of opportunities for people to get involved, including grant-writing, event-planning, and projects for pro bono attorneys and computer programmers.

Thursday's Child has been dramatically affected by the housing crisis, and its financial situation is extremely unstable. As with many nonprofit organizations, volunteers can make a huge difference in helping Thursday's Child get back on its feet and maintain its operations. And, in turn, continue to make a huge difference for tens of thousands of children who need help and have nowhere else to turn.