Swipes for the Homeless
Organization profile

Swipes for the Homeless is a nonprofit organization that re-purposes student dining dollars into non-perishable food for local food banks and homeless shelters. They have been recognized by the President of the United States as a Champion of Change for their donations, campaigns and hours of service raising awareness about homelessness.

Breakfast, lunch and dinner students pile into their college dining halls, swiping their student card to buy their meal. Throughout the year, day by day they dwindle down their supply of dining dollars. These "dollars" expire at the end of each term and do not carry over into the next quarter, semester or year. Many students find themselves with leftover swipes that go unused and wasted.

The organization Swipes for the Homeless was founded in 2009 by students who realized that these "dollars" could be converted into real money and given to those in need. The premise of the organization is that students can opt in to the program to donate any leftover meal swipes. The swipes will be transformed into non-perishable goods to be delivered to local food banks and homeless shelters.

Swipes was started at University of California, Los Angeles by Bryan Pezeshki, and has since expanded into several other colleges such as UCSD, USC, and Cal Berkeley.

I spoke with the current executive director of Swipes, Rachel Sumekh, to find out how Swipes functions behind-the-scenes. She is responsible for overseeing current and developing chapters - they are currently working with 50 schools. Rachel first got involved with the organization at UCLA during its founding and start up, and as a senior she became president of her chapter. She has served on the board since. 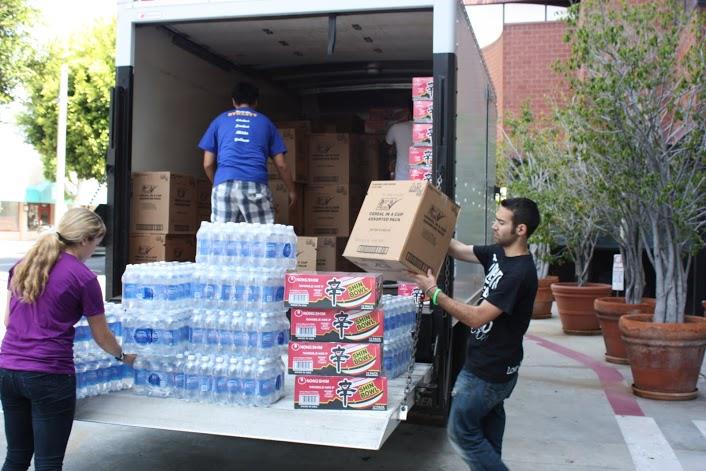 Swipes as an organization holds their volunteers dear. The chapters are run entirely by student volunteers who help establish their roots, organize projects, and get university administration on board to transform their dining dollars for good. There are also opportunities on a national level for volunteers to serve on the board and help other chapters become successful.

Most Swipes volunteers are students who, in between all their studies and extracurriculars, are able to help out and contribute to social change. These students are crucial in establishing the grassroots support for a chapter. Volunteers hit the ground running and work events that help spread the word about Swipes. They organize drives where donations and swipes are collected.

Each chapter focuses on the immediate community in which they are based. Rachel tells me in the UC's alone, they have collected over 97,952 meals and have donated more than 286,810 pounds of food since January of 2012. Rachel explains that the chapters team up with organizations that focus on college campuses such as The Campus Kitchens Project and Feeding America to help distribute the food. 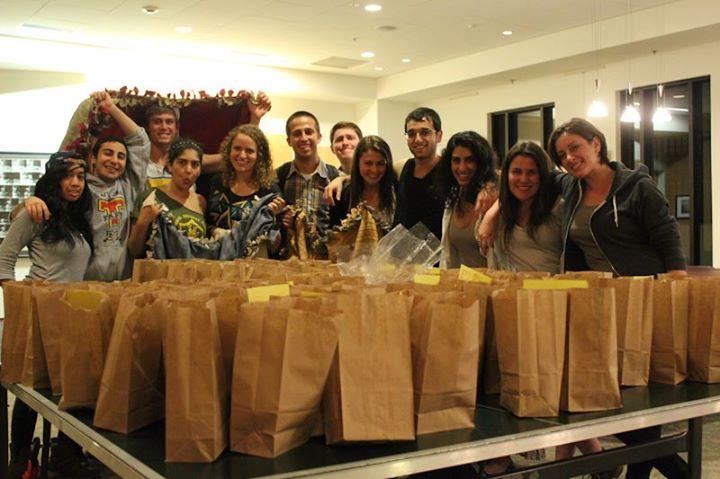 Rachel emphasizes that Swipes for the Homeless is much more than just donating funds and food. The organization also strives to raise awareness around homelessness. Even though these drives are put on a couple of times a year, the volunteers stay busy with smaller projects to help their cause. For example, in the past the UCLA chapter has teamed up with UCLA's Repair the World to make blankets and snack bags for Skid Row, a poverty stricken district in Los Angeles.

In addition to running a chapter and delivering food to shelters and food banks, volunteers also participate in feeding the homeless. Rachel describes to me one of her most treasured experiences working with Swipes. She was volunteering with her Swipes chapter in the UCLA neighborhood of Westwood to distribute food to the homeless. She tells me, "I was approached by a man who asked where this food had come from. When I explained that these were donated by UCLA students from the funds from their personal meal plans, he was silent for a moment. He looked back at me and said, ‘I've been homeless and on the streets of Westwood for the past 15 years and I had no idea you students cared about me or even knew I existed.' That day," Rachel continues, "I learned that what Swipes for the Homeless does is more than just feed people, but create connections and hope for students and the community." 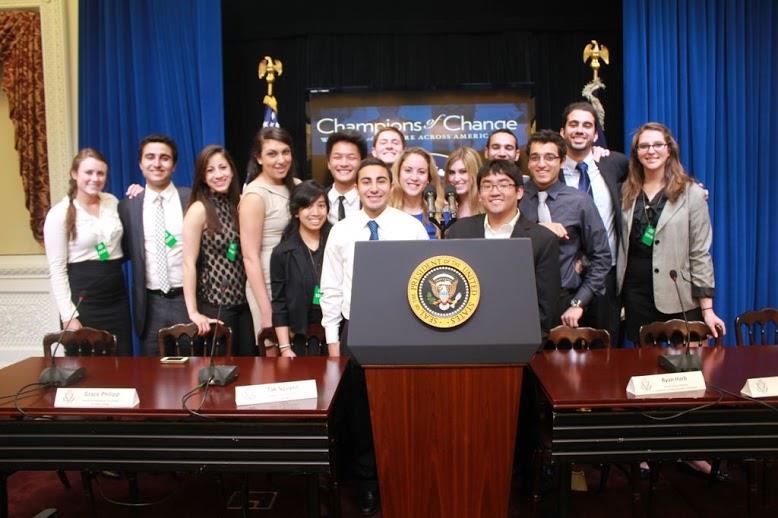 Even though Swipes for the Homeless is a fairly new nonprofit, it has been recognized at a national level for its impact. In 2012, President Barack Obama named the organization a winner of the Campus Champions of Change Challenge. They have also been honored as the Most Influential College Organization in 2012 for the Stay Classy Awards, the largest philanthropic recognition ceremony in America.

Rachel proudly tells me, "I am inspired on a daily basis by the dedication and work of our students. I am so thankful for the chance to build and grow an organization I know and care for so much while it's still in its infancy. Swipes for the Homeless has become my vehicle to advocate for a change in the system."

The future looks incredibly bright for Swipes for the Homeless, and I look forward to seeing how this organization will grow and make a lasting impact.