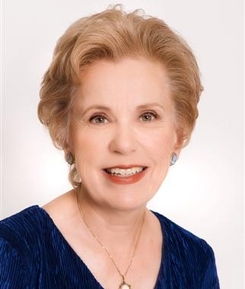 The Arizona Women's Partnership, Inc. is an all volunteer philanthropic nonprofit organization dedicated to promoting the status of Arizona women and empowering women's grass roots organizations through mini grants and publicity.

Paula Cullison grew up in New York City, the child of two Italian immigrants. Her father worked for the New York Times as a pressman for 42 years and her mother was a seamstress.

From her experience as a child of immigrants, Paula became very sensitive to the needs of underserved and minority communities. "I have a soft spot in my heart for the underserved," she says. "It's important for us who can to give back to the community."

After she moved from New York to Arizona, she created a statewide volunteer project that involved 350 volunteers. She had some money left over, so gave it out as small grants. That project gave birth to the idea for the Arizona Women's Partnership (AZWP), which launched in 2002.

AZWP serves organizations that support underserved women and communities, and is now one of the most well-recognized and successful nonprofits in the Arizona area that does this. The all-volunteer organization gives grants to smaller nonprofits that serve women and minority communities.

"Smaller charities fill a niche we can't overlook," Paula says. "Our goal is to empower these small charities so they can grow."

For applicants to receive a grant from AZWP, the organization cannot be affiliated with a political party or religious organization and must have a budget of under $250,000. To date, AZWP has given to 45 organizations since its founding and has contributed a total of $202,000 in grants. Many of these organizations are multi-year grantees.

Paula makes sure that her organization is as diverse as the communities it serves. In 2002, while AZWP was being established, Paula surveyed local communities and recruited two African American women, two Hispanic women, two Asian women, two Native American women and two white women to form an advisory committee. From this group of women, Paula was able to listen to the various needs of each community.

The nonprofits that AZWP supports serve communities whose needs often are not addressed when it comes to unemployment and domestic violence. "I am personally outraged that domestic violence and child abuse are still issues in our civilized American society," Paula says.

Among those organizations that have benefited from AZWP grants are Unlimited Potential, a nonprofit dedicated to helping Hispanic women learn English and earn their GEDs; NavajoYES, an organization that provides enrichment programs for Navajo youth; and Asian Pacific Community in Action, an organization that focuses on health education for Asian Americans.

AZWP's office is located in Paula's home. As a result, their overhead is very low and they can use that funding towards grants. However, as with all nonprofits, fundraising is the most difficult and unpredictable aspect of managing AZWP.

"The need is so great and attracting the right kind of sponsorship is difficult," she says. The only fundraiser for the year is Wine, Women and Jazz, an annual event that consists of dinner, wine, and jazz music.

Paula notes that a necessary skill in managing a nonprofit is the ability to network. The Wine, Women and Jazz fundraiser, for instance, began because of her connections with local chefs in the area. Getting in touch with local businesses and organizations can provide mutual benefits.

"There are ways to get things done for free as long as everyone wins," she says. "Who doesn't win when helping a nonprofit?"

AZWP also receives funding through donations. Paula recalls one moment when she received a call from a man whose mother had recently passed away, and in her will she had stated she wanted her remaining money donated to organizations that helped women. Paula accepted his donation, and much to her surprise, received a $10,000 check in the mail.

Paula depends largely on volunteers. When she receives a volunteer request, she asks the potential volunteer to send their resume, so she can best assess the volunteer's skills and interests.

AZWP also recruits virtual volunteers to provide digital services, such as web design or graphic design. "One can use virtual volunteering very effectively," she observes. The AZWP Twitter and Facebook accounts are managed by one of the younger volunteers.

Paula's advice when connecting with volunteers? Review their qualifications, and then place them in positions in which they can thrive the most. "Place volunteers where they're most comfortable, so they can experience success," she says. "If you have a passion for what you're doing, time doesn't matter. A small group of people can make a huge difference."