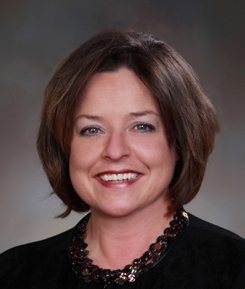 Check out Children Without a Voice USA opportunities on VolunteerMatch.

At age 11 Lin Seahorn's best friend at her orphanage was a little boy who was raped by his father. She would seek him out every day to comfort and protect him.&nbsp; Today she works to protect all abused children in the United States.<br /><br />"My mother once took me to a hospital and tried to have me admitted into a psychiatric home," Lin relates.&nbsp; "She didn't want me anymore."&nbsp; Lin is a survivor who has turned her past pain and tragedy into triumph. Growing up, she was the product of a broken and abusive home and as a result was entered into the foster system numerous times, living in private and large group home settings. <br /><br />"As a little girl I was violently beaten, punched in the face, kicked, called names, sexually abused by my father, beaten across my bare back with belts and forced to stay in a small dark attic," she says.<br /><br />At age 15, Lin left the foster system and since then has devoted her spare time to humanitarian work. Helping others in what little way she can has helped her to work through her personal obstacles and break the cycles of abuse and destruction.&nbsp; Determined to ensure that no child should suffer what she suffered, Lin created the organization "<a href="http://www.childrenwithoutavoiceusa.org/" target="_blank">Children Without a Voice USA</a>" in 2007.<br /><br />Every six hours in the United States, a child dies from abuse. There are nearly <a href="http://www.childhelp.org/pages/statistics" target="_blank">3 million child abuse cases</a> reported each year. Experts say the actual number is closer to 9 million, since <a href="http://www.childrenwithoutavoiceusa.org/cms/node/7" target="_blank">most cases go unreported</a>. This puts child abuse at epidemic proportions in this country. Many abused children suffer silently, with no hope - the quiet child in class, or the troubled teen written off as a problem child might actually be victims.<br /><br />After growing up in an abusive household Lin has always considered herself a child advocate - even from a young age. Reflecting on her childhood during the holiday season in 2007, traditionally a time to give back, she blurted out the words "children without a voice" and knew beyond a doubt that she was being called to do something great.&nbsp; She decided to start her own organization and called it Children Without a Voice USA" (CWAV) to help children going through what she lived through. Lin and her husband spent the rest of the Christmas holiday putting together the bylaws, mission and strategy for the new organization.<br /><br />In 3 years CWAV has achieved a lot. The organization provides classes in areas such as hospital parenting, inappropriate touching and teen parenting.&nbsp; Not only does the nonprofit distribute free educational materials to shelters and other organizations, but it is the only group that offers <a href="http://www.childrenwithoutavoiceusa.org/cms/node/18" target="_blank">free downloadable brochures</a> on its website to help fight child abuse through education.<br /><br />More than anything else, CWAV is a family that takes care of everyone in its community.&nbsp; As Lin says, "How can we take care of the children of the world, when we aren't even taking care of those in our own backyard?" That's what CWAV does.&nbsp; One of the supporters of CWAV has adopted three children, all victims of extreme abuse.&nbsp; When her 12-year-old needed extensive treatment and therapy, the family was forced to move from Florida to Georgia.&nbsp; CWAV has helped the family pay for their costly living expenses and has provided support during this difficult time.<br /><br />After her difficult childhood, Lin leads a productive and healthy life today and has come out of her ordeal with a sense of humor, determination, strength, courage and thankfulness.&nbsp; Now she works to protect other children and ensure they have the same chance to live happy, healthy lives. "I will do everything I can to help children and those who share my cause," she concludes.<br />