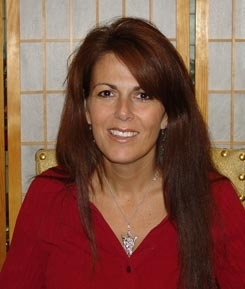 Good Knight Child Empowerment Network
Organization profile
Good Knight Child Empowerment Network is a nationally recognized leader in the creation of prevention programs to stop abuse, abduction, and victimization. The organization focuses on using the arts (dance, art, music) as a means to stop the violence as well as other creative mediums to empower individuals to find the "hero within." Our mission is to empower families to prevent crime using a multi-cultural knighthood theme, to protect the environment and to empower all to create a brighter future.

Sophia Key West knows how hard it is being a fairy tale hero these days. For starters, the schedule can be grueling.

As the full-time volunteer chief of staff at the Good Knight Empowerment Network, West has worked up the seven days a week since 2001, often 12 hours a day, to create awareness programs to help children protect themselves from the harm that can come from adults.

West is also the founder of Mothers Against Predators, a nonprofit with programs to educate adults and children alike about the behavior patterns of sexual predators.

Yet West is best known not as an administrator, but as a princess. That is, as her alter ego, Lady Sophia, a beautiful fairy princess dress who travels throughout the land with her own magical silver breastplate, sword in one hand and daughter Michaela in the other.

In both roles, West sees her work as the same: she’s protecting children from those who would steal their innocence and dreams. For her dedication, West has been recognized by dozens of organizations for her service to the community, including the Presidential Lifetime Achievement Award.

West says her dedication was born from personal tragedy. Victimized by a relative for many years, she grew up with the shadow of abuse in her own life. Later, it came out that her teenage son had been sexually abused by a soccer coach when he was only 11 years old.

Despite her situation, West knows she’s not alone in her experience – not by a long shot.

According to government statistics, crimes against children have gone up 444% since 1986. Today over 600,000 registered sexual predators reside in this country alone, but fewer than 10 percent are ever caught. And while the internet is making it easier than ever for predators to lure children, in reality most predators are already known to the victim before the offense takes place.

The urgency to get the message out is greater than ever.

“When I look out into an audience of 100 kids knowing that statistically seven out of 10 girls and three out of 10 boys will be victimized before the age of 18, I know I am helping to bring awareness into their lives that will help them stay safe,” said West.

Because there are people in this world who will take their innocence and sense of security away if given the chance, Lady Sophia and her fellow volunteers give their imagination, time and devotion to the wondrous mythology of knights, princesses and chivalry.

Good Knight was founded in 1995, and in 2001 launched the Good Knight Magic Kingdom and family safety museum. The facility, located on three acres in Beltsville, Md., also houses the nonprofit’s office.

Like any good magic kingdom, Good Knight offers thousands of visitors a unique atmosphere of interactive magic shows, safety programs, special festivals and field trips throughout the year. Through themed-adventures including a Prince and Princess Show, the Knights of the Round Table, Lord of the Rings Haunted Adventure Quest and, of course, a magic show, children learn the ABCs of self-protection and crime-prevention.

According to West, a child watching a Good Knight presentation such as the “ABCs of Self Protection” experiences multi-sensory learning, which allows children to retain information on how to avoid being “tricked” by predators. By hearing the trick, seeing it acted, having it spelled out on screen, and then by feeling the emotion of the actor, the child’s own emotional response to the experience will create a “memory recall,” which is a powerful yet simple aide the child will need to make quick decisions in the real world.

And in the Kingdom of the Good Knights, knowledge – and not the sword – is power.

Here at VolunteerMatch, we’re honored to help Good Knight Child Empowerment Network and over 55,000 other nonprofits make an impact in local communities. If your cause needs help, we’ve got a volunteer waiting to save the day. Please log in and update your account today!