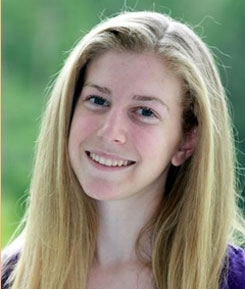 The organization's mission is to create a literary environment to inspire young girls in East Africa to reach their highest potential. SHARE envisions a world where girls are empowered to improve their lives and strive for a better future.

While most teenagers are updating their MySpace status on the hour and spending money on ringtones and junk food, high school junior Shannon McNamara keeps busy managing the nonprofit she founded when she was 15 years old.

But her age is just a minor aspect of her story. While in Tanzania on a service trip with her family, Shannon found girls her age studying in classrooms with no electricity or running water, crowded around a few decrepit desks and breaking pencils into pieces so that each had something to write with.

In Tanzania's patriarchal society, opportunities for girls to advance are slim. While boys are encouraged to study and play, girls in the primary schools struggle to become literate, expected instead to help out at home. So for the girls participating in SHARE, the possibility of breaking out of their situation is not taken lightly.

"Even after two hours of instruction they reject an hour of play break, preferring instead to continue their studies," says McNamara.

Shannon spent that summer working to restore and build new classrooms, employ teachers, and satisfy the student's never-ending thirst for knowledge. Her efforts did not go unnoticed. When preparing to leave to return to the States, the headmistress locked eyes with Shannon and said, "Don't forget us."

McNamara did just the opposite. Upon returning home, she gave presentations to fellow students, organized fundraising events and book drives, and hosted "SHARE parties" where friends sorted, labeled and packed donations into boxes to be sent to Tanzania.

In fact, when she returned to Tanzania the next summer, it was Shannon who thought that she might be the one who was forgotten.

"I had some doubts that they would even remember who I was," she recalls. But when she returned to the classroom, she was shocked to find girls working quietly at their desks, studying English together without an adult in sight. And they certainly had not forgotten her. She was greeted with jumping, hugging and shouts of "Shannon! Shannon! Shannon is back!"

"Not only had the girls not forgotten me, but I had witnessed their quiet determination.  And that is exactly what SHARE is all about," beams Shannon.

That visit saw the construction of two new branches, 20 new desks, eight bookshelves and numerous added ceilings, windows and doors. And while conditions improved, it was the student's persistence, despite all obstacles, that deeply touched McNamara.

"I have seen girls walking to school in bare feet with empty stomachs," she says. "These girls crave an education that my friends and I take for granted every day. They want a better life for themselves, and they're willing to work hard to achieve it."

Since signing up with VolunteerMatch, McNamara has received several e-mails from people who want to help, and the organization's future looks promising. The SHARE program has grown to 150 students, and McNamara has won numerous awards for her contribution, including the 2009 Girl Scouts National Young Woman of Distinction Award, Teen Voices Activist of the Month and Somerset County's Outstanding Student Recognition Award.

For such a young woman, she remains remarkably focused and motivated despite the magnitude of what she's up against.

"Sometimes the African poverty overwhelms me and I feel as though there is no use trying to help a situation so desperate," she admits. "But when I return to Tanzania, I realize the impact of my efforts and become even more inspired to continue. Each hug, each smile, each ‘thank you' from each girl reminds me that what I do is worth the effort."