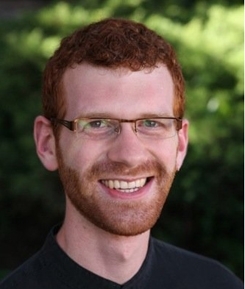 Episcopal Charities supports new and existing nonprofit agencies in their effort to make a crucial difference in the lives of poor, oppressed and endangered individuals in need in the San Francisco Bay Area, regardless of their religious affiliation or practice.

The organization operates Action Networks in healthcare, education, and soon environment, drawing people who are interested in working together to address the root causes of poverty. Action Network members give hands-on support to projects that they identify, and we award grants to the qualified agencies and initiatives that run those programs.

Justin Cannon always knew he had to give back.

Growing up in inner-city Detroit, it was hard to miss just how much many of his neighbors suffered -- especially other kids in his school.

Meanwhile his parents, both active in the church, had found a way to serve the community by starting their own charities. His father helped launch a housing redevelopment organization, and his mother a food pantry.

"Paired with my church community, my education gave me a glimpse at true injustice and human suffering," tells Justin. "I recognized that we are all called to stand up against such injustice, serving each person as if he or she were Christ."

Still, it took Justin awhile to know how to answer his calling. He spent his high school and college days involved at his church and studying hard. And with entrepreneurship in his genes, he launched several Web start-ups, including a successful online social networking and dating service.

Yet despite the success Justin found on the Web, he knew his passion was somewhere else: in service to others.

Shortly after graduating from college in 2006, he entered the seminary at Church Divinity School of the Pacific in Berkeley, Calif. It was there, in pursuit of priesthood in the Episcopal Church, that Justin became involved with a local organization, Episcopal Charities.

Since 1979, Episcopal Charities has supported new and existing nonprofit agencies in their effort to make a difference in the lives of individuals in need. Through fundraising events such as walk-a-thons, the organization raises thousands of dollars each year for nonprofits in the San Francisco Bay Area.

"I organized the contingent at my church of people who would be walking in the 2007 Walk-a-Thon," says Justin.  At this time, events such as walk-a-thons were the primary fundraising vehicle for Episcopal Charities, but the organization believed they were losing the opportunity to help create sustained engagement.

To address this, they developed a unique approach to giving. It was then that Justin found the perfect blend of entrepreneurialism and passion for social change, and he knew he had to be apart of it.

"After I graduated from seminary, I learned about this job opening of Program Manager," he says. "It looked like a wonderful opportunity for me. I immediately inquired about it."

Today Episcopal Charities assembles teams of volunteers -- known as "Action Networks" -- who are interested in healthcare and education, the two areas the organization sees as root causes of poverty.

"We're moving into a model of engaged philanthropy," tells Justin.

Each Action Network identifies local organizations working in these areas, providing them with grants to start or advance projects, plus skilled services to ensure each grantee agency project can succeed.

"We're looking for projects [that are] at a critical juncture," says Justin. "Where not only our grant but also the volunteer services we offer can provide a significant and crucial boost."

Volunteers bring skills such as social work, nursing, teaching and more, often offering critical insight into the issues and how best to address them.

"Our volunteers are the real driving force of Episcopal Charities," he says. "We are so blessed to have people joining us from all walks of life, and I've learned so much from all of them," he says.

As Program Manager, Justin focuses on strengthening the reach of the Action Networks, including recruiting more volunteers to take part.

"In order to really bring about the level of change that we are committed to, we need to multiply the number of volunteers in our networks," says Justin.

While finding enough volunteers to make this kind of large-scale change has been a challenge, Justin's hope has been renewed since joining VolunteerMatch.

"I'm impressed with VolunteerMatch and the community it has built," he says. "In the first week that we signed up, we already had a new volunteer."

Priesthood remains the ultimate goal for Justin, but his work with Episcopal Charities continues to drive him forward down the path of service and leadership.

"There's that old parable about how you can give someone a fish or you can teach them to fish," he says. "We're committed to the latter model -- breaking down the cycles of poverty and working for change that will be systemic. It's work that I really believe in."