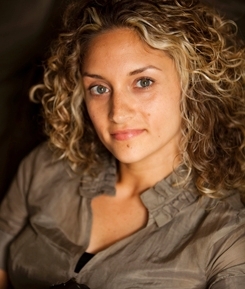 Star Shooter equips children with a tool for expression and helps them discover the "star" within themselves. Hosting workshops for children aged 8 -18, the organization teaches the basics of digital photography and how to manipulate images in Adobe Photoshop.


By providing an environment that is safe, where children can believe in themselves and their power to restore their self-esteem, Star Shooter envisions a world where all children are emotionally healthy and can live out their destiny with confidence.

For Johnna Brynn, photography is lifegiving. Growing up in a missionary household, she and her family traveled all over the world, where Johnna captured all she saw in photographs. "I realized I could not put a camera down when I was about 12 years-old, living in Hawaii," says Johnna.

"I stood at the bottom of a palm tree, looked up, snapped the camera, and my soul snapped. I've never turned back."

But despite the beauty around her, Johnna was saddened by the children she met who were in need. Moving around with her family from home to home, Johnna was familiar with pain. "I knew they were hurting and wanted to help," she says. She determined that she would spend her life helping children.

After receiving her M.A. in Psychology and settling down in South Carolina, Johnna worked with abused and neglected children in schools and homes, focusing her practice on the use of art therapy. Yet despite the great work she was doing, she felt it was incomplete. The long hours in the social services system were draining. And as her freelance photography career was taking off, she wanted to give children the same joy she received from being behind the lens in a more direct and impactful way.

"Creative expression through photography brings life to my bones and soul," she says. Johnna believed she could make the most impact by combining her passion for photography with her skills as a social worker.

Star Shooter was formed in 2008 to equip children with a tool for expression and help them discover the "star" within themselves. Hosting workshops for children aged 8 -18, the organization teaches the basics of digital photography and how to manipulate images in Adobe Photoshop. After completing a training course, children are given a culminating project to further demonstrate their skills.

In addition to technical skills, Star Shooter provides a safe space for children to explore their creativity and believe in their talents. "The camera transforms the eye, and ultimately the way a person looks at the world, including the way they view themselves," says Johnna.

"It's amazing to see children discover a new strength within," Johnna beams.

Beyond workshops, Johnna's vision is to help the children she encountered as a young child. This year, Star Shooter will have its first opportunity to cross international borders, traveling to South Africa to work with children affected by AIDS. "I love that culture or language is not a barrier to helping children through phototherapy," Johnna says.

Working internationally requires a lot of resources, but Johnna has come up with a model for success. Recently, The Star Shooter Photo Contest invited photographers from around the world to submit photos -- for an entry fee of $25 per photo -- for a chance to win a Canon 5D Mark II camera, or $2,000. Using Facebook and Twitter to connect with photographers and publicize the contest, Star Shooter raised a total of $5,000. "I went to photography forums, and targeted conversations with words relating to photography on Twitter," tells Johnna. "Slowly, it all trickled in and people all over the world were finding out about our amazing little photo contest."

Star Shooter received so much interest from people wanting to help that it's currently developing a plan to help photographers get involved and conduct workshops in their local communities.

As Star Shooter continues to expand its reach within the photography community, Johnna's vision is coming to reality.

"I've known for so long that I wanted to help children, and I had originally pursued that via the traditional route of education," she says. "But I knew I had to put my own "twist" on helping. So here it is. I'm excited to see what it will become and the impact it will have."