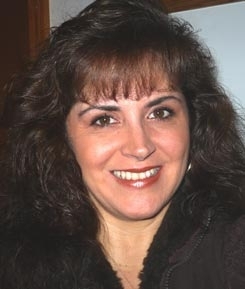 Feel Safe Again, Inc. was created to give victims of stalking and harassment the necessary tools to become survivors.  The organization sponsors in person and online support groups where victims can learn new tactics to protect themselves and connect with others who understand the feelings of fear and helplessness the crime creates.

For Cheryl Darisse, whose younger sister was killed by a man who had spent two years stalking and harassing her, the grief and guilt of what happened has its own inescapable logic.  As she puts it, if you do nothing after loss, then nothing will ever come out of it.

In 1998, Darisse's sister Sandy was asked out by a customer she waited on at the restaurant where she worked.  When she politely declined, the man began a campaign of harassment that went on for two years.  On January 20, 2000, the young woman was murdered by a package bomb he left at her Massachusetts home.

The isolation Sandy felt was overwhelming. She didn't think anyone would believe her story. What's more, it wasn't her own safety she was concerned with – she was also terrified the man would target her family.

The result, said Darisse, was that during the time when she needed help the most, Sandy began pushing away those who could help. And because of a loophole in state law, Sandy could not get the protection she needed to keep her stalker away.

Three years after the murder, Darisse founded Feel Safe Again  to ensure that Sandy's untimely death was not in vain.

According to Feel Safe Again, over 1.4 million women and men have reported harassment from stalking – and the numbers rise every year. The organization reaches out to victims, letting them know they are not alone and providing them with the necessary tools to become survivors.  Support groups are held online and in-person for victims seeking someone who understands that their fears are real.

The core of the program is education – teaching victims what they can do, instilling the importance of vigilance in pursuing stalking cases to local police departments, and beginning awareness at a young age.

In 2005, SMART-Kids was created as an off-shoot of Feel Safe Again.  Through her research, Darisse found that obsessive behavior of child predators – in particular, the watching, waiting, and torment – is very similar to what can be seen in adult stalkers, and kids are vulnerable targets.

The problem with most traditional youth safety programs, says Darisse, is that they focus on the danger of strangers.  In fact, nine in 10 sexual predators are known to the family of the victim.  She says she hopes that by learning the danger signs at an early age, program participants will have the tools to stay safe through their teenage and adult years.

Darisse has now taken the program to almost 1000 children, providing an essential life-lesson for kids in schools and Girl Scout Troops. Program participants read a coloring book explaining the basic safety rules and together with Darisse walk through what to do in different situations.

Darisse has also been working to help victims gain the legal right to protect themselves.  Sandy's Law, passed in August 2000, makes continued harassment a punishable crime, and in 2003, she helped get January recognized as National Stalking Awareness Month.

Darisse is currently lobbying the Massachusetts state legislature to allow stalking victims to file restraining orders against their harassers.

Feel Safe Again is an all-volunteer organization, which Darisse says is a good thing. "Running the organization this way shows us the volunteer's willingness to help and their commitment to those we serve," said the victim's advocate and licensed practical nurse, 43. "Finding the right people is key."

As the mother of three young girls, Darisse sees the impact of her work everyday, even while the memory of her sister remains fresh in her mind. Yesterday she and her sister were victims; today, her daughters know how to protect themselves.  Through her work at Feel Safe Again she has been able to transform her anger and frustration with a senseless crime into helping others find peace of mind and safe harbor.

VolunteerMatch is proud to be helping Feel Safe Again recruit volunteers to in the battle against stalking in our communities. If your organization is working to empower individuals and families, we can help you too.