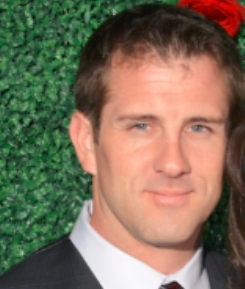 Suicide Prevention for the Mobile Generation

Editor’s note: Each year, more than 40,000 Americans die because of suicide. It is the 10th leading cause of death nationwide, yet one of the most preventable ones. To highlight Suicide Prevention Awareness Month and World Suicide Prevention Day, VolunteerMatch is spotlighting the birth of a mobile app aimed at tackling suicide in the 21st century.

After Christopher Munch first lost his best friend to suicide in the 4th grade, he too began experiencing suicidal thoughts. By the time he turned 24, Chris lost four more friends to suicide — one of whom was another best friend and a combat veteran. Chris was the last person to see him alive.

Through early adulthood, Chris worked toward a Masters in Social Work. He says he was fortunate enough to find a job at one of the nation’s few mobile crisis response teams servicing children after graduation. Shortly into his employment, however, he began feeling unsettled about the community’s limited and standardized response to suicide intervention.

Chris grew weary of seeing patients hospitalized who would’ve benefitted from less intrusive therapy, and was surprised by the number of people in the medical field who were inexperienced in detecting and preventing suicide in others.

He thought, “If this is all that’s available — if this is what’s working effectively — then why is suicide on the rise exponentially year-after-year?”

That’s when Chris decided to merge his professional experience with his life’s narrative of helping others. Chris founded ISD Innovations, Inc. in May 2016 — a nonprofit dedicated to influencing, supporting, developing, and designing projects and programs that work to advance social, physical, and mental wellness through innovation.

The organization’s latest project? An app that helps almost anyone detect, respond and prevent suicide from their mobile phone.

The Suicide Prevention App funnels years of suicide prevention expertise into a simple, how-to guide for anyone. By providing a step-by-step screening tool, the app walks users through the process of suicide detection, assists in response planning, and links to helpful resources and suicide prevention infrastructure already in place.

“The theory behind the app is that anyone can use it — from school-aged children to teachers, businesses, community-based organizations, and military friends and families,” says Chris. “If you have never screened someone for suicide (and have no mental health background), this app will bring you up to speed in a few minutes.”

Here’s how it works: After logging into the app and reading through a sampling of suicide detection safety tips, you are ready to click “assess” and begin following the suicide prevention questions and prompts. It’s really that simple!

“I tried to make the screening process easy because I wanted people to focus on their connection and relationship with the individual at risk, rather than be overwhelmed with a plethora of information,” says Chris. “People are often inexperienced when it comes to asking the right suicide prevention questions, and how to best respond to those questions. This app removes the difficulty from that process, guiding users through a step-by-step approach so they can focus fully on supporting the person in need.”

In addition to working 40+ hours a week at a conventional job, Chris built the app by dipping into his savings, ingesting copious amounts of technology, business, and legal knowledge, and working tirelessly well into the night. He also relied heavily on the work of volunteers, saying they’ve been “instrumental” in the initial phases of the organization and in the Suicide Prevention App project.

Find volunteers to help with your own cause. Get started here.

“I am eternally grateful to have kind-hearted people willing to give their time with no expectations in return,” says Chris. “There is an intrinsic reward in knowing we’ll help save lives.”

Chris hopes the app will spark other innovations in the industry and that it will be used as a model to guide others on how to screen and respond to someone experiencing a mental health crisis. He also plans to share the data he collects through the app to start changing the face of mental health care in real-time.

“Suicide can affect anyone,” says Chris. “By utilizing the app, we can now be even more prepared to save a life.”